New-found friendships, a sense of adventure, a yearning to explore one's talents, and above all a warrior's spirit, are some of the incredible things this Disney movie stands for. A beautiful rendition of a real-life story through animation, Pocahontas has won the hearts of millions around the world. This Entertainism article presents famous quotes from the movie that offer invaluable advice. 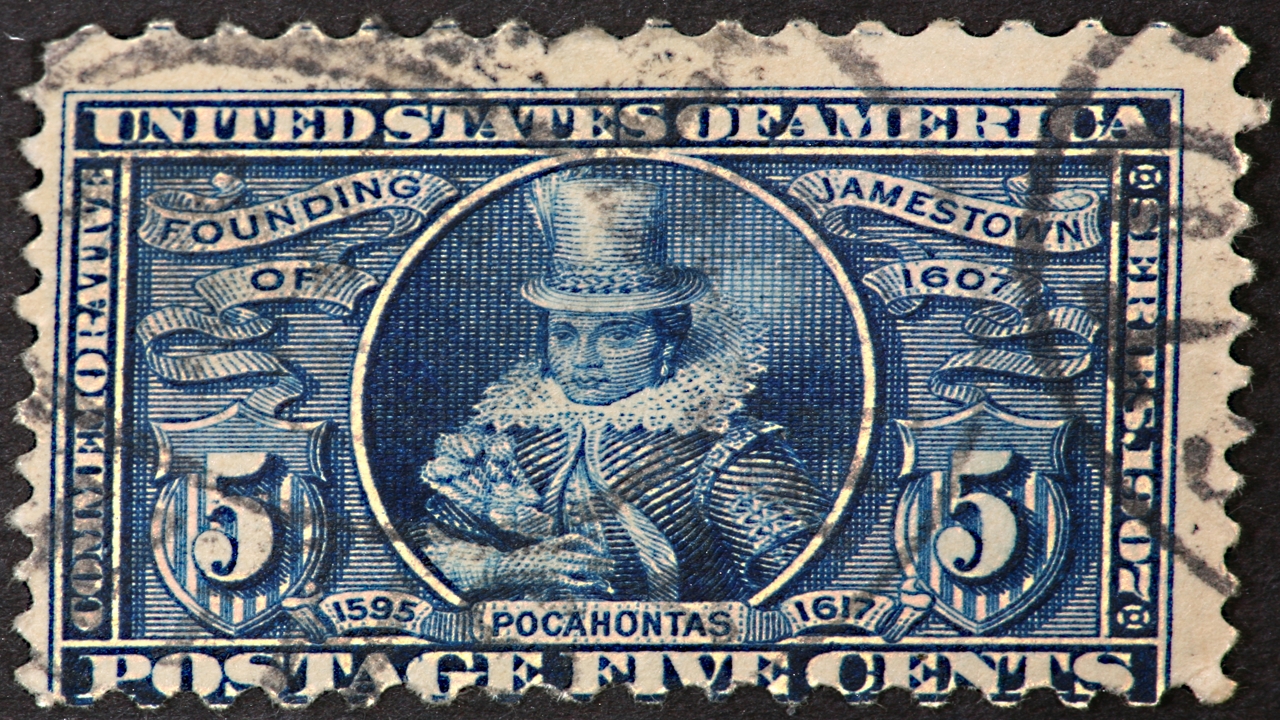 New-found friendships, a sense of adventure, a yearning to explore one’s talents, and above all a warrior’s spirit, are some of the incredible things this Disney movie stands for. A beautiful rendition of a real-life story through animation, Pocahontas has won the hearts of millions around the world. This Entertainism article presents famous quotes from the movie that offer invaluable advice.

What I love most about rivers is you can’t step in the same river twice.
― Pocahontas

While the magical, fantastical world of Disney is much loved and popular the world over, it has its fair share of detractors too. Critics accuse Disney of feeding young minds with highly improbable fantasies and stories that only non-existent fairies can make them come true. But Disney has a story to its credit that shuts up these critics. Pocahontas, released in 1995, was the first animated Disney movie to be based on true historical incidents. It not only featured a story from American history, but became a visual lesson of the American past, and a union that changed the world’s outlook about Native American Indians forever.

The movie draws inspiration from events that occurred between Pocahontas and John Smith, as the British settlers from the Virginia Company landed on Native American soil. Pocahontas, daughter of Chief Powhatan, strikes a chord with the audience. Her free-spirited, nonconformist fighter’s spirit portrays her in a complete new light as compared to other Disney princesses. She is no damsel is distress, but one who is ready to walk the line for those she loves, even if it comes at the cost of her own life. She is willing to fight for her love against all odds, but also willing to win love at any cost. Her powerful nature has made Pocahontas an iconic Disney character for young minds. A brief collection of famous quotes from the movie speak of determination, valor, honor, and righteousness in ways that makes this tribe the real civilized lot that many savages can learn from. 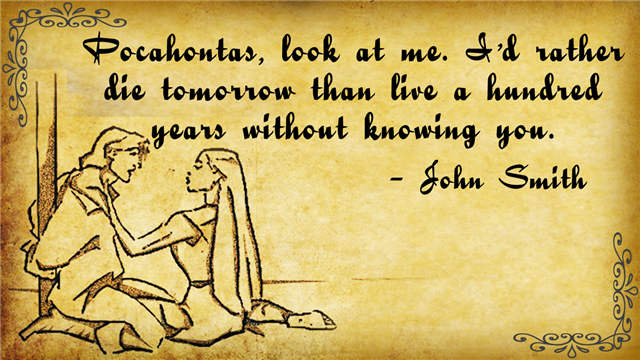 He wants me to be steady…like the river. But it’s not steady at all!
― Pocahontas

I won’t! I love him, Father. Look around you. This is where the path of hatred has brought us. This is the path I choose, Father. What will yours be?
― Pocahontas

Come spirit, help us sing the story of our land.
― Pocahontas 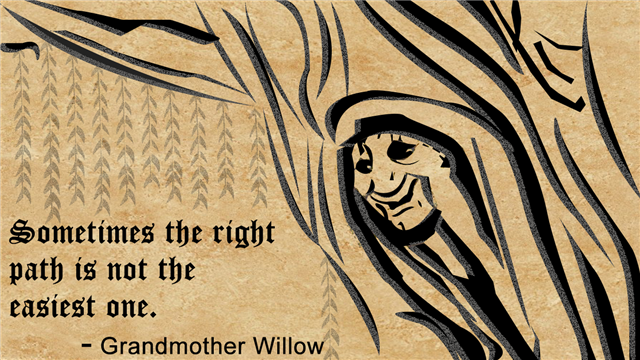 My daughter speaks with the wisdom beyond her years. We’ve all come here with anger in our hearts, but she comes with courage and understanding. From this day forward, if there is to be more killing, it will not start with me.
― Powhatan

You think the only people who are people, are the people who look and think like you. But if you walk the footsteps of a stranger, you’ll learn things you never knew you never knew.
― Pocahontas

Keep both eyes open when you shoot. You see twice as well.
― John Smith

Beneath that milky hide, there’s emptiness inside.
― Kekata

You must choose your own path.
― Powhatan

Thomas: What do you suppose the New World will look like?
John Smith: Like all the others, I suppose. I’ve seen hundreds of new worlds, Thomas. What could possibly be different about this one?

You see what I mean? Once two sides wanna fight, nothing can stop them.
― John Smith

Only when the fighting stops, can you be together.
― Grandmother Willow

They’re different from us, which means they can’t be trusted.
― Kekata

Grandmother Willow: Now then, there’s something I want to show you. Look.
(dips her vine in the water in which glowing ripples begin to form)
Pocahontas: The ripples.
John Smith: What about them?
Grandmother Willow: So small at first, then look how they grow. But someone has to start them.

This is what we feared.
The paleface is a demon
The only thing they feel at all is greed.
― Powhatan

Pocahontas, please. You’re my best friend. I don’t want you to get hurt.
― Nakoma

No matter what happens to me, I’ll always be with you, forever.
― John Smith

All around you are spirits, child. They live in the earth, the water, the sky. If you listen, they will guide you.
― Grandmother Willow

Pocahontas remains a great inspiration for people across the globe. This is the only movie by Disney that perfectly blends the real world with the fantasy world, to create a new world. Hope these quotes provide you the inspiration when you need it the most, to do the things that your heart truly suggests.