Chopped, on the Food Network, is a great show where chefs compete and show their never-ending creativity. 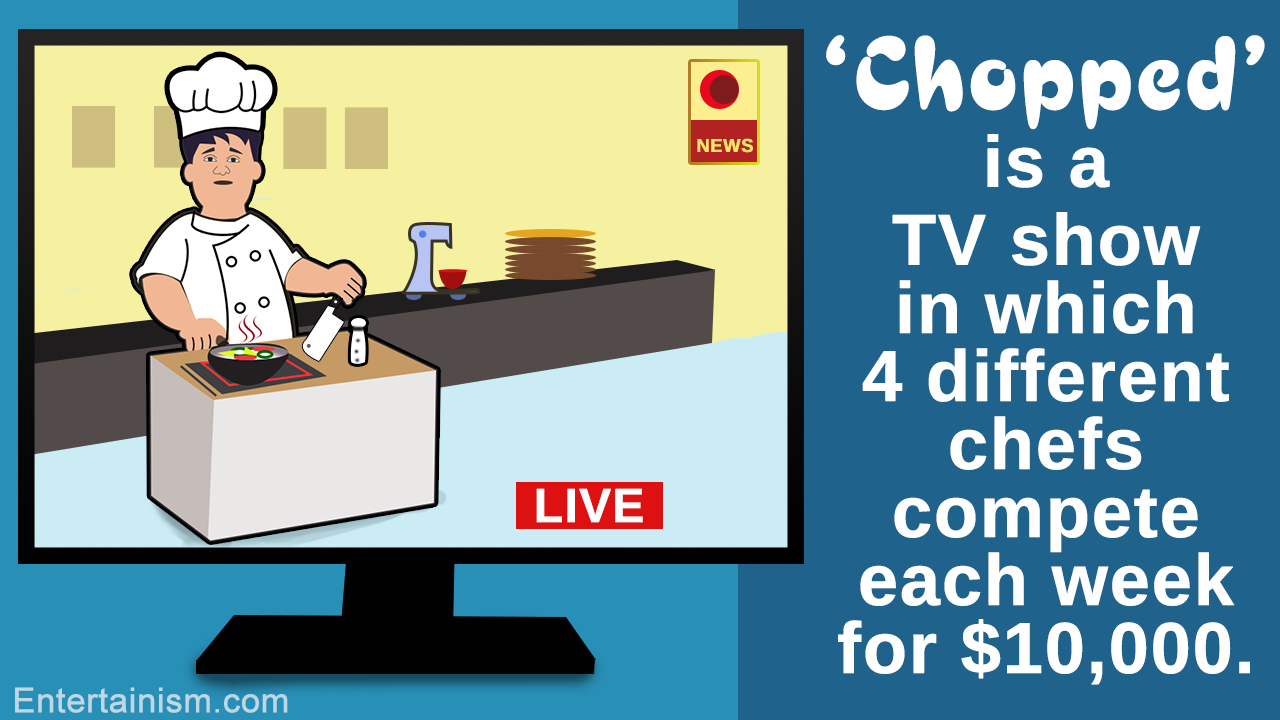 Chopped, on the Food Network, is a great show where chefs compete and show their never-ending creativity.

If you are interested in watching chefs compete to see whose dish is the best, then you should definitely tune in to Chopped on the Food Network. Chopped is a competition show in which four different chefs compete each week for $10,000. They are given certain ingredients they must use, as well as a certain time in which they must complete their dishes, and are then judged on several factors. Seeing what the chefs come up with is incredibly interesting, and your taste buds will be watering while you watch the judges taste their delectable creations.

On Chopped, there are four different chefs in each episode. These chefs are chosen from all over the world. Sometimes, episodes will have themes like ‘British Invasion’ in which all the chefs are from Britain, or ‘Redemption’ where all the chefs were runners-up in previous shows, or ‘Chopped Champions’ in which all the chefs were winners of previous shows. However, most of the time, the chefs are chosen based on interest and auditions. During the show, there are three rounds, one for an appetizer, one for an entrée, and one for a dessert. At the end of each round, one chef is eliminated until there is one chef left who wins the $10,000. The chefs are also timed during these rounds. They get twenty minutes for the first round, which is the appetizer round, and then thirty minutes for the entrée and dessert rounds. Sometimes, if they are dealing with ingredients that need more time for safe preparation, they are given more time. Within that time period, the chefs must cook and plate four plates worth of food. If that weren’t enough to stress out even the best of chefs, they are also given ingredients that they have to use in their dishes. These ingredients are either usually incongruous with each other or with the course in which they are to be served. For example, savory items are usually given for the dessert round, and sweet items are usually given for the appetizer and entrée rounds. The creators of the show also like to give ingredients to the chefs that they may have never worked with before, like giving meat to a vegetarian chef or giving very rare ingredients to all the chefs.

The show is always hosted by Ted Allen, a famed Food Network chef himself. He does not taste or judge the food, but he does serve to help the judges with their decisions. The judges themselves rotate throughout the episodes, but there are always three of them, and they are always expert chefs or restaurateurs. Some of the most-seen judges are Alex Guarnaschelli, Geoffrey Zakarian, Aarón Sánchez, and Amanda Freitag. There are, however, many more judges that make appearances on the show, and most of them are famous in their own right. Some of them have even appeared on other Food Network shows such as Iron Chef America. The plates that are created by the chefs are judged based on three categories: presentation, taste, and creativity. Often, creativity is given the most weight. The judges would usually rather see something creative than normal, and like it when chefs think out-of-the-box when it comes to their meals. However, if an ingredient is missing or criminally undercooked to the point that it is unsafe to eat, these chefs are usually eliminated without much discussion. At the end of the show, the two remaining chefs are judged on their meal as a whole, rather than on just their desserts. Usually, a winner is evident. Sometimes though, it is very difficult for the judges to decide who wins.