Sarah Jessica Parker loves to make a few things clear upfront. She is not a shoe-hoarding maniac, she does not spend her entire day thinking about designer wear, and she is definitely not Carrie Bradshaw. Want to know the real her? Start reading ... 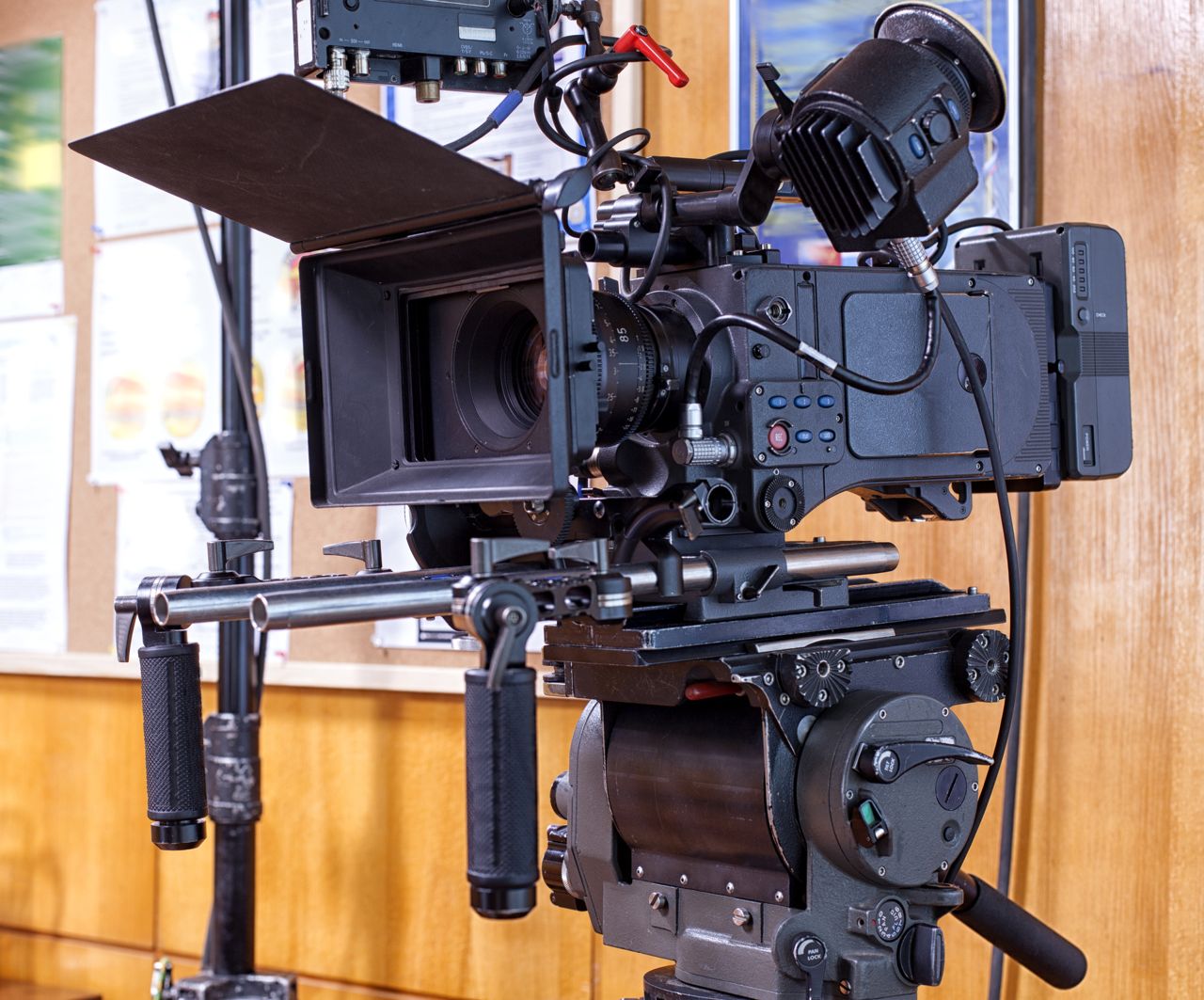 Sarah Jessica Parker loves to make a few things clear upfront. She is not a shoe-hoarding maniac, she does not spend her entire day thinking about designer wear, and she is definitely not Carrie Bradshaw. Want to know the real her? Start reading …

Think of Sarah Jessica Parker, and the first image that comes to our mind is that of the bright pink Cosmopolitan cocktail; the same one she revolutionized in Sex and the City – flashy and cool, with a tangy dash of lime. Ever since she made her appearance on our TV screens as Carrie Bradshaw in SATC, most of us have remembered her for just being Carrie, completely disregarding the fact that she’s been in showbiz for nearly 35 years. Call it what you want to, but the now-iconic character that she played, created such a lasting impression on the audience that it is tough to separate the two.

On exploring her career graph, one just can’t help but notice the fact that Parker is an entertainer who is best described as old-fashioned; a performer in the true sense, someone who actually sings and dances. She does not carry that I-am-a-star aura everywhere she goes, and it is wonderful to see an actress at least seemingly comfortable in her own skin, skinny arms, disheveled hair and all. With all the emphasis on physical attributes in Hollywood, it is refreshing to see a star who in her own words “digs her flaws”.

Now, SJP is also a producer, an entrepreneur and a mother who does a fine balancing act. To all the women who expect a Vivienne Westwood-clad princess in Manolos, retreat right here, because, here’s Sarah Jessica Parker, who’s so not Carrie.

The New Yorker from Cincinnati

SJP was born on March 25, 1965 in Nelsonville, Ohio. Her parents were Barbara Parker, a teacher, and Stephen Parker, a journalist. Her parents divorced when she was quite young, but she still affiliates with her father’s Jewish ethnicity. Her mother went on to wed Paul Forste, who became young Sarah’s father in the truest sense.

It wouldn’t be wrong to say that SJP had humble beginnings. Her family included seven siblings and her parents who brought her up in an intellectually stimulating environment, although they weren’t what one would call ‘moneyed’. She remains fortunate to have the kind of upbringing she did, with her parents encouraging her to pursue ballet and drama, and pushing her to read The New Yorker.

Her mother, even with their limited means, taught young Sarah never to underestimate the importance of dressing up to the occasion, a quality she is still thankful for.

SJP was a student at Cincinnati’s School for Creative and Performing Arts, School of American Ballet in New York, and later went on to attend high school in New Jersey and Los Angeles.

Stepping onto the Big Stage

Sarah Jessica Parker’s first Broadway appearance came in Annie, a story about an orphan set in the Depression era. She began with a smaller part, and went on to grab the lead role in 1979.

Her first TV role was in the sitcom Square Pegs in 1982 as an awkward teenager. The show didn’t last long, but young SJP had definitely “arrived”.

Films followed almost immediately, with Footloose in 1984, along with Girls Just Wanna Have Fun, in which she starred alongside Helen Hunt.

Her most memorable movie in 1986 as a young artist was Disney’s Flight of the Navigator, a cool sci-fi film.

The transition from a gawky teenager to a gorgeous gal was smooth, as was evident in her next release, L.A. Story in 1991, which was a romantic comedy.

Her next movie Honeymoon in Vegas saw her get a starring role opposite Nicolas Cage. This movie released in 1992, and SJP came into the limelight.

Her 1993 movie Hocus Pocus was a minor box office success, but was slammed by the critics. In the same year, she acted opposite Bruce Willis in Striking Distance, where she played a police diver.

In 1994 came Ed Wood, director Tim Burton’s critically acclaimed movie in which she was paired opposite Johnny Depp as his girlfriend.

She played the lead role in 1995’s Miami Rhapsody with Antonio Banderas and Mia Farrow, which received mixed reviews. Her next movie outing was that of the feisty mistress in The First Wives Club, released in the year 1996. In 1997, SJP acted in the comedy ‘Til There Was You.

SJP has also had a flourishing stage career with her plays Sylvia, How to Succeed in Business Without Really Trying, in which she acted with her husband Matthew Broderick, and Once Upon a Mattress.

Her recent movies include The Family Stone (2005), for which she earned a Golden Globe nomination for Best Actress – Comedy. Another romantic comedy, Failure to Launch with Matthew McConaughey released in 2006. In 2008, she then produced and starred in the indie film, Spinning Into Butter.

She was last seen in 2011, on the big screen in the movie I Don’t Know How She Does It.

To call the HBO series Sex and the City (SATC) as the highlight of SJP’s career would be the understatement of the year. SATC is more or less the reason behind SJP’s phenomenal popularity, and vice versa, in all fairness. So here’s how it all began – the show’s creator, Darren Star thought she fit the bill, sent her the script, she was initially hesitant, but came around to star in it, and later went on to become its producer as well. While the world saw her prancing around in pretty dresses and sky-high heels, SJP worked 90 hours a week, six months a year for each of the six seasons.

The first episode of SATC aired on June 6, 1998, with the opening credits showing SJP in the memorable pink tutu, walking on the streets of New York. Six brilliant seasons later, SJP was a sartorial goddess and the lone princess who managed to find her happy ending. She received five Emmy nominations for playing Carrie, before finally winning in 2004, along with winning four Golden Globe awards.

Two SATC movies followed in 2008 and 2010, which earned moderate praise and garnered decent earnings, mostly thanks to the huge number of loyalists.

Sarah Jessica Parker was in a relationship with Firstborn fellow actor Robert Downey, Jr. from 1984. They broke up in 1991, owing to his long-term drug abuse.

She married actor Matthew Broderick on May 19, 1997 at a synagogue in Manhattan. She gave birth to their son, James Wilkie Broderick on October 28, 2002. The couple’s twin daughters, Marion Loretta Elwell and Tabitha Hodge were born through surrogacy on June 22, 2009.

She endorsed Garnier Nutrisse hair color and Gap. SJP also has a fragrance line to her credit.

Parker is UNICEF’s Representative for the Performing Arts, and is a member of Hollywood Women’s Political Committee.

Today, Sarah Jessica Parker is the epitome of savvy urban women, juggling motherhood and her professional commitments. Considering her celebrity status, she is as normal/abnormal as they come, refusing to surgically address her flaws and pander to the typical filmstar excesses. If that’s not a welcome change, what is?