The most successful actor, producer and above all a great human being, Tom Cruise ruled Hollywood and the hearts of his audience for over 20 years and still continues to, thanks to his onscreen charisma and classic looks. 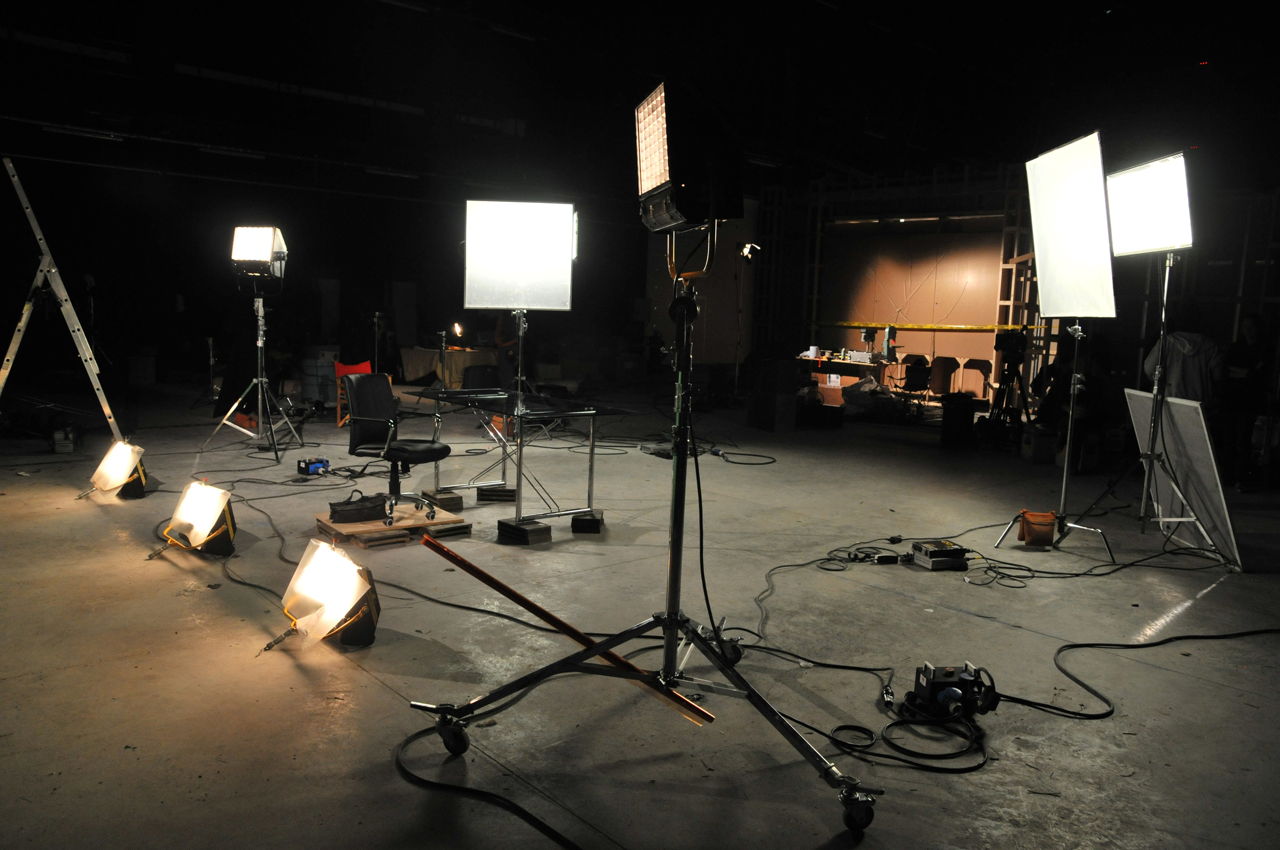 The most successful actor, producer and above all a great human being, Tom Cruise ruled Hollywood and the hearts of his audience for over 20 years and still continues to, thanks to his onscreen charisma and classic looks.

His is a real rags-to-riches story. He grew in near poverty, facing a whammy of dyslexia and trauma of an abusive father. As a young lad, he aspired to be a Catholic priest. But destiny had something else to offer, he went on to be one of the greatest and most popular actors of Hollywood.

Be it his charming role as Jerry Maguire or of a heroic naval pilot in the filmTop Gun, he carved a place for himself in the film industry and made women go weak in their knees, with his amazing screen presence and to-die-for looks. Well, we are talking about none other than the confident, chivalrous and charming, Tom Cruise!

“As a young actor, people were trying to define who I was before I really knew that for myself. But I still remember thinking, “This is what I love doing, and I hope I’m going to be able to do it forever.”

Cruise was only 19 when he started with his acting career. He appeared in supporting roles in his initial movies. At the age of 21, he bagged his first starring role as a teen pimp, in the movie Risky Business (1983) and received his first nomination for the Golden Globe Award in the category of Best Actor. Owing to his extremely good looks and amazing screen presence, he became a celebrity overnight. There was no looking back then; film offers kept pouring and Cruise signed on to a number of diverse projects, in order to prove his acting prowess.

His role as a naval pilot in Top Gun (1986) made him a superstar. It went on to be the highest grossing film of 1986 and gained worldwide popularity. Bomber jackets and Aviator Sunglasses worn by Cruise in the movie were a rage then. He continued to take up serious yet challenging roles as seen inThe Color of Money (1986) and Rain Man (1988). Despite the financial success of the movie Cocktail (1988), where he played the character of an ambitious bartender, the movie received negative reviews. In fact, Tom was nominated for Golden Raspberry Awards in the Worst Actor category. However, he quickly recovered by starring in Born on the Fourth of July(1989), which not only won him the Golden Globe Award for Best Actor but also earned him his first Best Actor Academy Award nomination and Best Actor in a Leading Role BAFTA (British Academy of Film and Television Arts) Award nomination.

In the 1990s, he was the highest paid actor in the world and his movies were well-received by the audiences. In 1996, Cruise made his debut as a producer with Mission: Impossible, in which he acted too. Although the movie garnered mixed reviews, Cruise received the Producers Guild of America Award for the Most Promising Producer. In the same year, Tom took on the lead role in Jerry Maguire, which earned him his second Golden Globe for Best Actor and several other awards in the same category.

In the year 2000, Cruise featured in a critically acclaimed movie, Magnolia. He was nominated for Best Supporting Actor at the Academy Awards, and won the Golden Globe in the same category. The 21st century was a glorious period for Cruise, since along with great acting skills he also proved to be a successful producer as well. He produced the sequel of Mission: Impossible, which went on to be the third highest grossing film of the year.

In the next few years, Tom produced and starred in a romantic thriller,Vanilla Sky (2001) and historical drama, The Last Samurai (2003). His role in these movies was highly appreciated and earned him nomination for the Best Actor at various award functions. His association with Steven Spielberg after Minority Report (2002) in War of the Worlds (2005) created wonders; the film became one of the highest grossers of the year. Cruise’s 2006 Mission: Impossible III was well-received by critics as well as the audiences. However, his next film, Lions for Lambs (2007) was a dud.

In 2008, Tom entered the comedy genre. He starred in Tropic of Thunder(comedy) with Ben Stiller and Jack Black; his performance in the film earned him a Golden Globe nomination. In 2010, Cruise was seen opposite Cameron Diaz in a romantic-action film Knight and Day; the film was not very well-received at the box office. The fourth installment of Mission: Impossible series released in 2011 and received commercial and critical success. It was the 5th highest grossing film of 2011. Upcoming movies starring Tom Cruise, which are to be released later this year include Rock of Ages (15th June 2012) and One Shot (Dec 2012).

Tom Cruise was born in Syracuse; his father Thomas Cruise Mapother III was an electrical engineer and his mother, a special education teacher. He has three sisters; two of them (Lee Anne and Marian) are older to him and the third one, Cass is the youngest of the four siblings. His family kept moving from place to place to accommodate his dad’s business. His father, as Tom describes him, was a bully and abusive. His parents divorced when Tom was 11.

In just 14 years, Cruise had already changed 15 different schools. As he suffered from dyslexia, academics seemed difficult for him to succeed at, but he excelled in athletics. He finally settled in New Jersey, when his mother remarried. Tom then enrolled himself at Glen Ridge High School, New Jersey and studied there for a brief period of time. In 1976, at the age of 14, Tom aspired to be a priest; hence, enrolled in a seminary. However, in 1977 while in high school, he abandoned his plan of being a priest and tried his hand at school theater productions. At 18, he moved to New York, took drama classes in the evenings while did some odd jobs in the morning to support himself. In 1983, he got his first break as a lead actor in the movie, Risky Business.

Cruise married Mimi Rogers in 1987, after three years of courtship. It was Mimi who introduced Tom to Scientology, the religion founded by writer Ron Hubbard. It is the Scientology teachings that are believed to cure him of dyslexia. While his career was flourishing, his marriage life was dissolving and soon after three years, in 1990, Rogers and Cruise divorced. In the same year, Cruise met the Australian actress, co-star, Nicole Kidman and married her on Christmas Eve in 1990. The couple adopted their first child, Isabella Jane in 1992 and in 1995, they adopted their second child, Connor Antony. But, this happiness seemed short-lived and took the world by surprise in 2001 when the couple announced their separation. The media went into frenzy-feeding at the news of their split. After the divorce, the tabloids carried the news of his linkup with his Vanilla Sky co-star, Penelope Cruz. The romance lasted for three years.

In April 2005, Cruise confirmed the news of dating actress, Katie Holmes by appearing together at an awards show in Rome. Finally, while Tom was onThe Oprah Winfrey Show, he confessed his love for Katie by jumping on the couch, which again garnered a lot of media attention. After two months of dating, Cruise proposed to Holmes on top of the Eiffel Tower, Paris. In the same year, October they announced they were expecting their first child. On April 18, 2006, Suri was born, Katie and Tom’s first biological child. Cruise and Holmes tied the knot on November 18, 2006 at the 15th-century Odescalchi Castle in Bracciano, Italy with their 7-month-old daughter Suri and other Hollywood stars in attendance.

Tom Cruise embraced Scientology as his religion in 1990. Tom participated actively in programs that would help introduce people to Scientology; he campaigned for the same in Europe. Cruise in cooperation with the Church of Scientology raised donations and treatment facilities, for rescue workers, who were the victims of 9/11 incident. Other facilities included sauna sweat rooms, vitamins and detoxification therapies.

Cruise also volunteers with the Hollywood Education and Literacy Project (H.E.L.P), which offers mentoring programs using educational methods to children and adults. He was even honored with the Excellence in Mentoring Award in 2003 for outstanding work in H.E.L.P. In 2006, Tom donated $20,000 to Jackie Chan Charitable Foundation that helps underprivileged kids through a variety of worthy causes. In 2008, Cruise and his family donated a truck loaded with toys to the charity Stockings with Care, an organization that assists needy families to have everything they need to create the magic of Christmas morning with their kids.

Cruise was honored for this philanthropic actions on May 6, 2011 with a humanitarian award from the Simon Wiesenthal Center and Museum of Tolerance.

Tom Cruise is a superstar in the true sense; he made it big in Hollywood without the backing of any Godfather; therefore, the success that he has achieved is solely attributed to his talent and hard work. Even at 50, his winning smile and the mushy romantic characters he plays, make every woman go weak in her knees!